The first session is free and then if you want to join the club its £65 per annum. We train from Sept to end of July and break for school holidays.

We play and encourage both High 5 netball and 7 a-side netball.  The juniors are split in to the following groups based on a player centred approach, taking in to account age, development and ability. 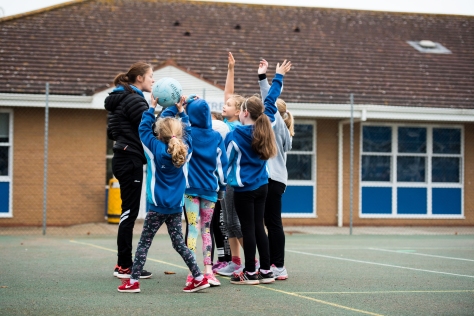 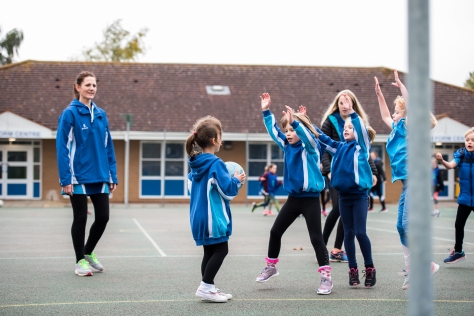 ‘I enjoy Wingrave junior netball because it’s so fun! I’ve learnt so many new skills over the last couple of years and this has helped me get into the top team of netball at school. The coaches always encourage and motivate me, which gives me confidence knowing that I’m playing to the best of my ability’  Abbie age 12

‘I like netball because we get to play games, have fun and most importantly play netball!. I also like all the coaches as they are really friendly’ Bella age 9

‘All week I look forward to Saturday so I can see my friends and play my favourite sport, I love netball’  Ellie age 9 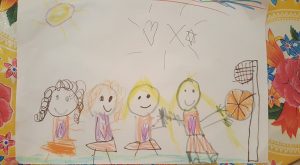 Safeguarding and protecting young people in netball is important to the sport and Wingrave Netball Club. We are committed to creating and maintaining a safe a positive environment for all young people to play netball. If you have any concerns please contact us

Schools Tournament
During the last year Wingrave Netball Club have hosted 8  fun primary school tournaments in the local area to encourage schools to play High 5 (school years 5/6). They have all been a  great success, with positive feedback from parents, teachers and pupils. The next one is planned for Spring 2020 at Wingrave Park 4-7pm . If you’re interested in entering a school team please contact us

Great netballing by all the junior players from all the schools and teams.

We have teams entering from

How to improve my skills and understanding of the rules

– click here to see videos of how to improve my netball skills (movement, passing and shooting)